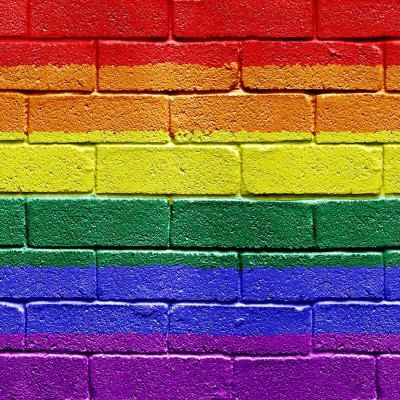 On May 5, 2010 Vilnius Regional Administrative Court has decided to consider the request submitted by Interim Prosecutor General Raimondas Petrauskas and a member of Kaunas City Council Stanislovas Buškevičius to revoke certificate of Vilnius City Municipality for the Baltic Pride – a march “For Equality” scheduled to take place on 8th May 2010.

In addition, Vilnius Regional Administrative Court has decided to adopt an interim measure to suspend the validity of the certificate for the Baltic Pride until the Court’s judgement on merits.

We believe the ban of the Baltic Pride seriously violates one of the fundamental human rights – the right to peaceful assembly protected by Article 12 of the Charter of Fundamental Rights of the European Union, Article 11 of the European Convention of Human Rights, Article 21 of the International Covenant on Civil and Political Rights, Article 20 of the Universal Declaration of Human Rights.

The Baltic pride has been de facto stopped on the grounds that law enforcement agencies will not be able to ensure public safety and protect participants from violent attacks. “I have only one argument – maintaining public order. In case there’s a threat to people’s wellbeing and public security, the permit should not be given”, Raimondas Petrauskas claimed. Such claims were not sustained by any concrete evidence. Furthermore, police officials had repeatedly stated that they are ready to secure public order during the event with the help of 800 police officers. No criminal investigations have been opened by the Prosecutor General’s Office for any planned violent acts to take place during the Baltic pride and no charges have been brought against suspects.

Instead of taking appropriate steps to protect public order and ensure safety of participants of the Baltic Pride, Lithuanian authorities have decided to deny the right to a peaceful assembly altogether.

The European Court of Human Rights has established that the right to peaceful assembly is one of the fundamental human rights and can be limited only in exceptional circumstances. Even when planned demonstration raises strong opposition, in a truly democratic state, the positive obligation of the state is to secure this right. In case Platform “Arzte fur das Leben” v. Austria (Application no. 10126/82) the Court noted that: “In a democracy the right to counter-demonstrate cannot extend to inhibiting the exercise of the right to demonstrate”.

In a democratic state it is acceptable to disagree, nevertheless freedom of expression cannot justify violence against opponents. If there is evidence that some radical groups plan to carry out violent acts against individuals attending the Baltic Pride, then these acts should be prevented by the law enforcement agencies and potential victims should be protected. Organisation of riots is considered to be a crime under Article 283 of Lithuanian Criminal Code[1], thus individuals planning violent acts should be brought to justice.

In the above mentioned case the Court also noted that “A demonstration may annoy or give offence to persons opposed to the ideas or claims that it is seeking to promote. The participants must, however, be able to hold the demonstration without having to fear that they will be subjected to physical violence by their opponents; such a fear would be liable to deter associations or other groups supporting common ideas or interests from openly expressing their opinions on highly controversial issues affecting the community.”

Genuine, effective freedom of peaceful assembly cannot, therefore, be reduced to a mere duty on the part of the State not to interfere: a purely negative conception would not be compatible with the object and purpose of Article 11: “… Article 11 sometimes requires positive measures to be taken, even in the sphere of relations between individuals, if need be”.

In its decision, Vilnius Regional Administrative Court has noted that interested parties are not prevented from exercising their right to peaceful assembly later on, when the case is finally settled in the court. However, we would like to stress that such a decision makes impossible to hold event on 8 May 2010. Therefore, decision for interim measure in fact denies organisers‘ and participants‘ right to peaceful assembly.

With this appeal we urge members of the European Parliament not to stay indifferent when the fundamental human right within the European Union is violated and to take measures at their disposal, including expression of a view on the incident in Lithuania and drawing attention of respective Lithuanian authorities to the problem.